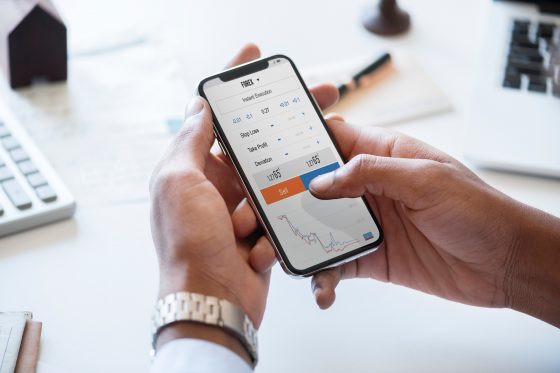 FinTech apps put the customer experience first. They set an example for many other mobile solutions in different niches. In this article, I will highlight one of the best practices used in building a top-notch FinTech app.

FinTech companies are on the rise and that’s no wonder. With the vast majority of them being simplified mobile solutions to traditional banking operations, they are disrupting the whole industry.

Banks have a large number of employees, internal policies and strategies to implement both globally and locally. It’s tremendously hard for them to innovate on a larger scale let alone be agile about it. They also still largely perceive innovation as an unnecessary risk.

Young FinTech companies have smaller teams and a whole new perspective about financial operations. They put the customers and their experience first and build their solutions around that concept. Looking to simplify things, FinTech start-ups pay attention to the details and plan carefully how to build the functionality of their service to make it as convenient as possible. That’s why FinTech apps are one of the snappiest ones to use. Let’s see what they do right.

Simplicity is the key to success

As I mentioned earlier that’s the whole philosophy of the disruptive FinTech industry. It’s only logical that the application design should also reflect it. Putting the customer first means FinTech companies’ main concern is to provide not only a simplified solution to a complex operation but also the best UI that comes with it. The complicated data should be visually appealing. UI designers have to present it with charts, graphs and other figures that are easy to understand and read. Failing to do so will surely push the users away.

Building the right UX is extra hard when the company is developing a truly unique product that the market hasn’t seen before. It’s really easy to mess it up by putting a single button at the wrong spot and take away the intuitiveness of the app. This is where FinTech apps surpass others — they are built with attention to detail in mind as they can’t afford otherwise.

Create a sense of security

The good and snappy design also makes the app users feel like they get a premium product. Premium in this niche would also translate as highly secured which is what successful FinTech apps are anyway.

Another thing that great FinTech apps do to give the users the feeling of safety is putting friction. While it’s great that users can manage their money and complex financial operations from their mobile devices, some things shouldn’t be too easy in order to avoid irreversible errors. That’s why a two-step authentication or a pop-up confirmation is a must to prevent accidental actions and mistakes that could cost a lot of money. In this case, friction is welcomed by the users as they know they can’t do any damage by accident. It also tells them that the company is transparent about their financial operations which further strengthens the feeling of trust.

Give them the right data

Even if the app is able to perform very complex financial calculations and projections based on the users’ personal data, they are worthless without a good reason why you need them. Successful FinTech apps make the importance of the numbers very clear to the end users.

The UX designers behind them do a great job of visually presenting the complex financial data in a comprehensive way with appealing charts, graphs, and an intuitive interface.

Create a habit of using the app

FinTech apps make it easy for users to keep track of their funds and perform financial operations yet it’s still vital that users regularly visit the app to check what’s happening.

Best FinTech apps are designed in a way that makes coming back to the app a habit. This also keeps the users involved and they rely on the service even more. The designs approaches could be implemented in a subtle way as part of the whole UX within the app or as one of the main features.

In a wrap — FinTech apps excel in putting their users first. Not only is their concept all about the consumer experience, but so is their whole approach when building the app. FinTech companies clearly see that great UX/UI design is a vital part of their success and they always strive to get it right. There are some great examples in that industry which I will present to you in the posts to come.

In the meantime, if you have your own idea of a mobile app, we could give you a hand. At Appzio we know a thing or two about FinTech apps so we could help you build one of your own. If you have an idea you can get a quick estimate in our calculator here.