QueerBFF: An app that connects the LGBTQ community 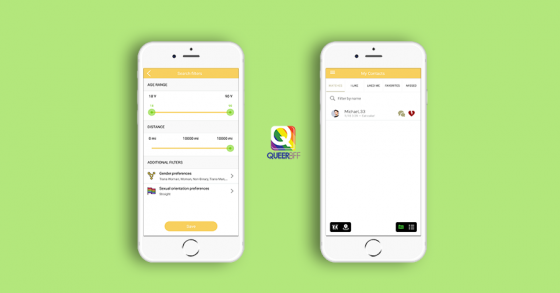 A few years back Ruben Jauregui, Jr. came up with the idea to create a space where queer people can find support and friends in a safe environment. He spoke with a lot of peers and realized that most people lack the feeling of acceptance in society. So he decided to provide a solution and give them a chance to connect with like-minded people.

Ruben knew the best way to achieve his vision was to keep people in touch all the time via a mobile app. This is how we got to know each other, as he based his iOS and Android apps on Appzio’s tech.

Today we talk with him about his idea and how it came to life, what are the difficulties for an app entrepreneur and what his aspirations are. 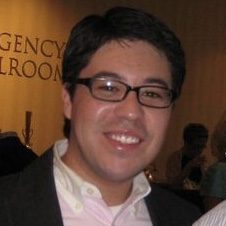 Ruben, please share with us what inspired you to build QueerBFF in the first place? What were your personal motives?

One day I was watching a television interview with Laverne Cox, Emmy nominated, transgender actress and LGBTQ+ advocate. As I listened to her speak about Trans rights, I thought to myself, “Where do people in the Trans Community go to meet other Trans people and allies?” As a tech-minded millennial, I was dumbfounded. I realized there were no social networking apps for anybody in the LGBTQ+ Community to meet like-minded peers. I, myself, have always struggled to meet other LGBTQ+ friends without going to a night club or bar. It was at that moment I decided that I needed to do my part to help change that.

Give us a little background. What did you do before that?

For almost 15 years, I was in the commercial real estate industry.

Do you feel that society has been more tolerant of LGBTQ people in recent years and why?

In the last two decades, the LGBTQ+ Community has made many advances in society regarding acceptance. But while we in the LGBTQ+ Community celebrate the progress on legal and social acceptance, the rates of depression, loneliness, and substance abuse remain stagnant. According to Huffington Post Highline, we are between 2 and 10 times more likely than our straight peers to take our own lives, and we are twice as likely to have a major depressive episode.

Would you say that many young gay people are still afraid to come to clean out of fear of rejection? Is building a strong supportive community the answer?

It is still dangerously alienating to go through life as lesbian, gay, bisexual, transgender or queer. To make matters worse, the current presidential administration is attempting to reverse every single gain the LGBTQ+ Community has made in the last two decades. The negative message this sends to us in the Community—especially the youngest ones, struggling with their identity—could not be more terrifying.

Why did you think a mobile app was the best tool for that?

To me, it was a no-brainer – my idea had to be executed on a mobile app platform. Mobile phones and applications have become a staple of our society. We are increasingly connected to the world of digital information, while “on the go,” via smartphones and other mobile devices.

How did you come across Appzio and why did you choose us?

I came across Appzio while researching application development online. I ultimately chose Appzio because of their cost-effective, high-tech solutions for building native mobile apps.

Could you describe how the process of building your app looks from your perspective as our client?

I do not have an IT background, so at first, the process seemed quite intimidating. But working with Appzio’s professional, customer-centric team made the process easy.

What challenges are you now facing as an app entrepreneur?

Our current challenges are increasing our userbase and average minutes per session.

What’s your users’ feedback so far?

We have been receiving great feedback from our users. They are excited to have found a place where they can find like-minded peers.

How do you imagine the future of your project?

My goal is to make QueerBFF the world’s #1 LGBTQ+ social networking app.

Lastly, what advice would you give to other people looking into the idea of starting their own mobile project?

Do it! So many people see app development as something that is unattainable to the average person. I speak to people every day who believe you must be an IT genius to develop your own app. I tell them you just need the right team. I am very lucky to have found Appzio. They helped bring my idea to life and made my dream a reality.

Inspired? Check how much it will cost to build your app with Appzio here.