The value of your app determines its success 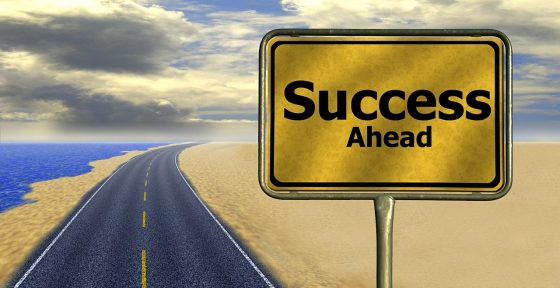 With so many mobile apps that keep popping up, one can start thinking that every possible idea is already out there. This perception is probably due to the number of innovations we are exposed to which is more than that of any other generation before us. We simply have started to accept innovation as something normal.

As Tim Cook said in his Stanford commencement speech, humankind has an infinite potential to solve problems…and to create new ones. It is unlikely that we will run out of problems to solve any time soon. While mobile apps are not a magical pill that cures everything, there is a big potential to innovate and solve problems with them as they reside on the devices we use the most – our mobile phones. For example, there are still many business models that haven’t been transferred to a mobile app. Not every one of them will find a good fit on mobile but those that bring real value will thrive.

It’s all about value

The startup hype is slowing down while creativity is going in the wrong direction. Many young entrepreneurs are trying to solve tiny problems that don’t make a difference. They want to create a startup for the sake of having one. As a result, resources that could be spent to build great ideas, are spent on solutions to non-existent or irrelevant problems. It’s not just about financials spent lavishly, it’s about human creativity and talent that could be focused on something that creates value. This is true for the mobile app business ideas as well.

While there’s no app idea that is completely unuseful, some are important for a lot more people than others. If there is one thing all successful apps have in common, it is that they bring value to a large group of people. Nevertheless, most of the times it is hard to tell whether an app that only exists in your mind or on paper will solve a real problem. And it’s important to remember that even if people are not head over heels with your idea from the start, that still doesn’t mean it will not help many. You need to experiment and test with real users. When tweaked the right way, a not-so-perfect app plan can turn into something that is truly useful and people would pay to reap its benefits.

It’s best that you think about which features will bring the most value to the users and focus your efforts to make them perfect. Sometimes that might not be what you initially envisioned. That’s why it is best to keep an open mind and listen to the feedback you get from your first users. There’s not a single right path, instead, you need to constantly strive to increase the value you provide and be ready to adapt fast. To test your concept without putting too many resources, it might be a good idea to build an MVP.

There are ideas that can thrill people right away, but that’s very rare. Most of the times you have to show them something that works so they can grasp the concept. Your Minimum Viable Product is the most basic version of your app. It contains only the features that are most essential for the concept to work and attract user’s attention (and keep it!).

The MVP does not have to be a fully working app yet if you plan to build on it, you have to carefully choose how it will be developed. The choice of technology is essential as it could limit further improvements and you may have to start from scratch. If you feel lost in the tech terms of app development, I suggest you check our article that explains web, hybrid and native development for dummies. 🙂

The decision about what your MVP should include can be harder than it seems. The best you can do is support it with solid logic. List a few very good reasons why you are building these functionalities and you are leaving out others for later versions. When you start testing this initial version of your app with users it’s important to have in mind whether the lack of the functionalities you left behind is affecting their experience. Perhaps some feature that is missing in the initial version can prove valuable and retain your users in the second version? Build your hypothesis but don’t get too caught up in them. The last thing you want is to end up with a long list of theories that can never be tested.

Building a successful mobile app business is not an easy venture and requires a lot of hard work. Even if you are backed up financially by an investor, it still requires your energy, skills, time and creativity. Putting so many resources into something has to be worth it. Collect relevant feedback and test your concept to see if there is true value in what you plan to create. Only then it’s worth moving forward.